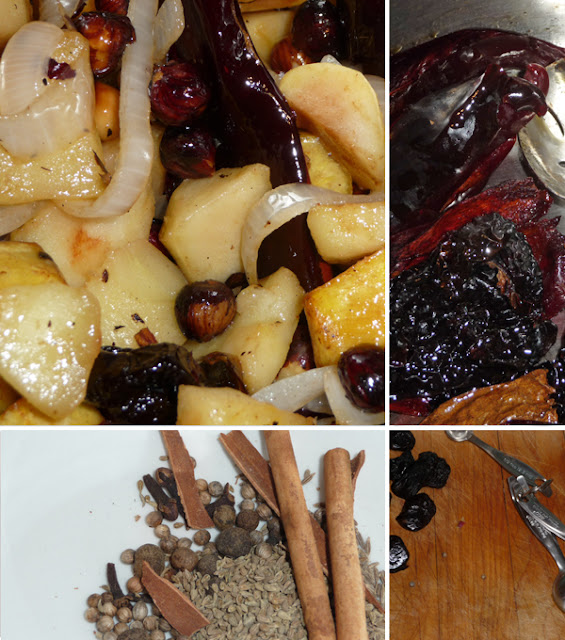 We suspect that this will be one of the last Christmases close to the boarder for some of our friends, so I decided to make this Christmas dinner Mexican.


My sister had sent me this menu. I already had a ham, so I added this Bourbon Glazed Ham with Tangerine Chutney to the menu. Only I substituted Rum for the Bourbon. I also left the Ham out of the Corn Pudding because it seemed like over kill. I couldn’t find the poblano chiles so I used some anchos and one serrano sans seeds for the pudding as well.


Everything was amazing. My only complaint would be burning my finger making the Molé, but it was so worth it. I’m thinking of getting another ham because it was so good and Josh keeps requesting the corn pudding.


We had a ton of leftovers, but nothing went to waste. I made Mexican Pot Pie with the turkey and sandwiches galore. I used the ham bone in soup. I poured the marinated mushrooms over chicken and baked it. It was amazing. I’ve used the chutney on everything. I still have mole left, but that’s about it.


I highly recommend this menu. It was amazing.